SPECIAL CONVERSATION WITH A VIETNAM VETERAN, POW, AND HOW GOLF HELPED HIM SURVIVE THE HANOI HILTON 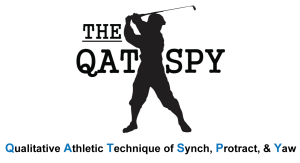 One of the most honored occasions I’ve ever experienced was meeting a Vietnam War Veteran and P.O.W., who was held at the infamous Hanoi Hilton in North Vietnam. I had just concluded a meeting with a major supplier at the Hattiesburg Country Club in south Mississippi, when I met U.S. Air Force Pilot, Colonel George Robert Hall who was shot down over North Vietnam on September 27, 1965. He was at the country club raising money for the Veterans’ Association, when I sat down with Colonel Hall over a glass of iced tea. Hattiesburg is about 80 miles south of Madison, MS, where I live.

The reason that I noted Colonel Hall’s situation as a P.O.W. in an article about golf is because of how he used his love of golf to sustain himself through horrendous conditions as a P.O.W. Colonel Hall, with other P.O.W’s., was able to train his minds in the field of science, math, language, and sports. Colonel Hall particularly used golf to not only keep his sanity under adverse conditions but to maintain his single-digit handicap of four. For additional background on what these men experienced as a P.O.W.’s, there is a book by Colonel Edward Hubbard entitled, “Escape From the Box.”

These P.O.W.’s were sociologically and physically tortured and held in solitary confinement for weeks and months, without any contact with the outside. Their seven-and-a-half square foot prison cells became their world of existence. Colonel Hall took advantage of his isolation and confinement to increase his subconscious ability to mentally focus, or what athletes refer to as being in “THE ZONE.”

During his confinement, Colonel Hall heightened his mental visualization skills to develop a virtual golf course in his mind, where 90 percent of golf is played. He imagined himself dressing for his round of golf each day by putting on his golf socks, pants, shoes, T-shirt, and golf shirt, and picking up his golf cap and bag and heading to the course. He mentally dealt with his nerves on the first tee box and played each and every hole of his home course and Pebble Beach, without missing a single sight and sound of each stroke. He remembered writing down the score for each hole. He pictured the fairways, greens, and the trees, including the rough and the speed of the greens.

Colonel Hall imagined himself standing behind the ball to get his alignment, going through his setup routine, presetting his wrists, and taking the club back up to the top of his swing, and then dropping the club back down into the slot, similar to how Tom Watson describes in the March 2003 issue of Golf Digest. He focused on the part of the golf ball that he wanted to impact. He heard the sound that the clubface made with the ball and held his photo-finish position.

Colonel Hall mentally maintained his golf swing muscle memory, even as a P.O.W. Upon his release, on February 12, 1973 from the Hanoi Hilton, the first thing that he wanted to do was to play his first round of golf. He did a little better than that.  In less than six weeks from his release, he was playing on one of the biggest stages in golf. On March 21, 1973, Colonel Hall was invited to play in the 1973 Greater New Orleans P.O.W. Pro-Am Open, where he shot a 76, his handicap. This was after seven-and-a-half years of not even picking up a golf club, or having any physical conditioning. Not many professional golfers would even consider attempting such a feat. Colonel Hall lost about 100 pounds of his total weight, including muscle mass, during his captivity and still had an outstanding performance. The weight loss was due to the P.O.W.’s daily rations of approximately 300 calories. (By the way, Jack Nicklaus won the 1973 New Orleans Open.)

Yogi Berra’s statement about baseball can equally be applied to golf, where Yogi stated, “Baseball is 90 percent mental, and the other half is physical.” This mental approach to golf was verified by Colonel George Robert Hall’s process, by maintaining his mentalization of his game. He credited his muscle memory process and presetting his wrists during his captivity to shooting his handicap. So the next time someone tells you that they focus more on the process than the results, you know exactly what they are eluding to in their statement. Now, there is no excuse for the golfer to develop golf rust over the winter months!

During our conversation, I was able to ask Colonel Hall some questions about his process that he used. He kept unbelievable, mental notes of his techniques and the process that allowed him to play his virtual game of golf in his cell. Below are some of the questions that I asked Colonel Hall and his replies:

Boatright: “What did you use as a golf club?”

Boatright: “What was the key component in your golf swing to give you the most realistic feel, since you did not have a golf club or experience the results of your golf shots?”

Col. Hall: “Everything had to be associated with my hands and wrists. I could not think about the floor as the ground or as my reference point. If I could preset my wrists in the proper sequence, based on how I played golf prior to my deployment to Vietnam and my capture, I could feel how the forearms and wrists reacted during my golf swing.”

Boatright: “So, your point of reference was waist level at your hands?

Col. Hall: “Yes, to be more specific, my thumbs. I kept all the impact essentially at the level of my hands, similar to how a baseball player uses a bat to take batting practice.”

Boatright: “I have centered my muscle memory development on two points, the base of my wristbands and the base of the thumb and palm, called the Hypothenar. Did you center on keying in on a particular muscle to execute your golf shot?”

Col. Hall: “Yes, I read about how Ben Hogan described his Hypothenar as being a key part of his golf swing to pronate and supinate his wrists and hands to open and close his clubface.”

Col. Hall’s Question: “How did you determine the significance of the Hypothenar in the golf swing?”

Boatright: “In Kinesiology, my professor, Dr. Bunch, stressed the importance of two muscles used in the baseball-type swing that could help linemen reduce injuries to the wrists. These were the Brachio-Radialis muscle and the thenars, particularly the Hypothenar. Both are unique in that the Brachio-Radialis muscle can both pronate and supinate, and the thenars are the strongest and most dexterous muscles in the hand.”

Col. Hall: “No I haven’t, but that is interesting how you use your right thumb to represent the clubface. The more I think about it, that goes along with the same technique of having a strong or weak grip by the placement of the right thumb. I was doing the same thing, but I did not consciously go to that level of detail, like you are doing.”

Boatright: “If you think about the difference between the weak and the strong grip, most generally, it entails the placement of the right thumb on the handle of the club. That was the reason I think swinging the handle of the club is an important part to improving the golfer’s game and swing that you proved.”

Boatright: “So you interface with your golf swing by moving the golf ball from the ground, up to your hands also?”

Boatright: “You definitely proved that during the Pro-Am.”

Boatright: “I’ve got to ask this question. What were your guards thinking when they saw you making a virtual golf swing with your hands, arms, and shoulders?”

Col. Hall: “Probably, they were thinking that they have finally broken me, and I lost all touch with reality.”

Boatright: “If I had been your guard in a country where golf wasn’t a popular sport, or even heard of, I would think the same thing. That you lost your mind!”

Talking with Colonel Hall provided me the important background confirmation that I needed for the main theories in my book, The ESPY Golf Swing Coach. One of the biggest obstacles in golf is correlating perception with reality. What the golfer thinks will work one day doesn’t even work the very next day. That’s one reason why I had three Xerox boxes full of data and results, with two boxes labeled, “THIS DOES NOT WORK.” The half-filled Xerox box labeled, “THIS WORKS,” were techniques I was able to replicate day-after-day, without fail, for a consistent golf swing.

What Colonel Hall provided me with was over seven years of substantiated data that he repetitiously practiced in his prison cell and proved on one of the biggest stages in golf at a Pro-Am, just six weeks after his release from North Vietnam’s Hanoi Hilton P.O.W. prison.

Colonel Hall also proved that downtime, or not being on a golf course, does not have to limit your golf practice or workout routine. This also proves that Yogi Berra’s quote that “Baseball is 90 percent mental, and the other half is physical” was more than just a line he believed in.

The quote that golf is 90 percent mental should be encouraging for most golfers who are trying to improve their golf game, in that we all can improve mentally, as Colonel Hall proved that playing golf is 90 percent between the ears. We just need to figure out how to use this huge resource. My book, The ESPY Golf Swing Coach, proves the necessary tools and techniques for the average golfer to improve his/her golf swing. 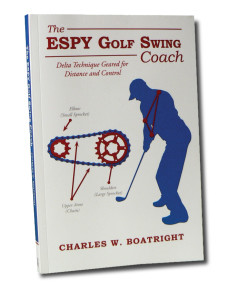