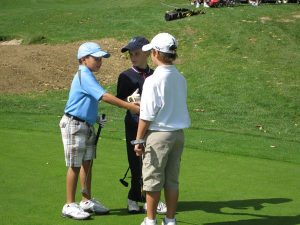 The main lesson in Golf teaches sportsmanship on and off the course.

The QATSPY Golfer’s Sport Page would like to focus on the sportsmanship demonstrated at 2016 Women’s U.S. Open, played at CordeValle Reserve Golf Course in San Martin, California. The 2016 U.S. Open ended in a three-hole aggregate play-off on Sunday, 10Jul2016. The playoff was between Brittany Lang and Anna Nordqvist, who played holes 16, 17, and 18. These are two well-seasoned players, who are also great friends. The outcome of the playoff was decided on a two-stroke penalty on the intermediate golf shot, out of the left fairway bunker on 17 by Anna Nordqvist.

While addressing the ball in the sand bunker (considered a hazard),  Anna Nordqvist unintentionally grounded her club. The sole of Anna Nordqvist’s club ever so lightly touched a few grains of sand that were caught on High Definition time-lapse video. To the observer watching the tournament in real-time, this was not apparent, unless the viewer or golfer themselves had freeze-framed, time-laps zoomed photography of this incident, as opposed to just catching it with just the golfer’s or observer’s naked eye.

The QATSPY Golfer’s Sport Page has an opinion that I will share at the end of this article on the methods used to review infractions.

The rules of golf and the sportsmanship that golf instills is the critical character and integrity, especially in young people. This is demonstrated from the highest level of play in the U.S. Open to the match between these two friends. Win or lose, the round always ends with players shaking hands on the 18th green.

Under Rule 13-4b, The player must not touch the ground in the hazard or water with the players hand or club.

If a player touches the ground in a hazard, while preparing to take a shot with their hand or club, the player incurs either a two-stroke penalty under stroke play or loses the match for the hole in match play. There are exceptions: one is actually making the golf shot, and another exception is allowing the player to brace themselves in case of a fall.

Slow motion golf swing photos, What the Eye Could not detect 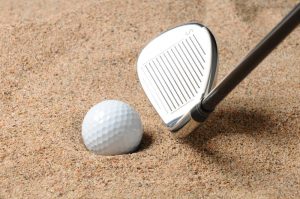 In the bunker, considered a hazard, the club can’t make contact with the sand at address.

Brittany Lang won the Women’s U.S. Open, but this wasn’t what was significant about the competition between these two great players. It was Anna Nordqvist’s response after the play-off tournament. She took responsibility for the infraction of the rules, revealing an important lesson that this great game teaches players, the importance of sportsmanship, the heart and soul of the QATSPY Golfer’s Sports Page. Alice Cooper, the singer and golfer, has a great quote that described this situation- Mistakes are a part of the game, it’s how well you recover from them, that’s the mark of a great player.

Anna Nordqvist demonstrated that she is a great player, but her sportsmanship and character after the tournament. This was shown in her statement to Golf Channel where Anna Nordqvist stated, “Nobody should feel sorry for me! I’m proud of how I played my round and the tournament.” This goes directly to the idea that successful people are more concerned about their processes than their results. The QATSPY Golfer’s Sports Page can’t agree more with character, sportsmanship, and especially the focuses on the process that the golfer exercise control over, rather than the results the golfer has less control over over.

The Lessons Young People Can Take from Golf

If young people want to take something from this Women’s U.S. Open, it is not so much who won the tournament, but how it was played. Wins fade away with time, but character, sportsmanship, and reputation endure for ever. Ten years from now, if you ask a fan of golf who won the 2016 Women’s U.S. Open, they might have to think or Google the question, if they could remember at all. But they would remember Anna Nordqvist’s response to the playoff. This is why sports and especially golf is important to build character and instill sportsmanship, as noted in my book, The ESPY Golf Swing Coach, in Section 5.5.

5.5     True grit, with sportsmanship, is easier for most people to grasp and understand than terms like conviction and integrity. Sportsmanship centers on athletes taking responsibility for their own actions. When athletes take responsibility for their actions, the separation between perception and reality closes. True grit is being able to exhibit the quiet strength of perseverance, self- reliance, confidence, and integrity. Athletes understand that confidence is derived from the quiet strength of faith, as noted in a proverb- In quietness and confidence shall be your strength. Keep in mind that more can be learned from a loss or failure than from a win, especially if the lesson from the loss is used to build confidence and gain experience. 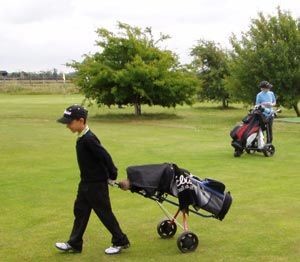 Golf a great way to incorporate golf into homeschool setting to teach skills for life.

The reason that sportsmanship in golf is significant, is because there are no favorites in golf. The rules are equally applied to all. And the golf course does not show particularity between players. This is what is pure about the game of golf and the sports of competition, in general. The person is tested, based on what Rev. Martin Luther King Jr., stated in his I have a Dream Speech, “I have a dream that my four little children will one day live in a nation where they will not be judged by the color of their skin but by the content of their character.” I would add to Rev. King’s statement, as it applies to sports– …..character, determination, and hard work.”

Anna Nordqvist, the golf world did not judge you, based on the results of the tournament, but on the basis of your character and sportsmanship. Every young person and athlete learned a valuable lesson from you! It was that character does matter! Thank you for reminding us of this!

My Opinion about High Definition- Time-Lapse Reviews of Golf Infractions:

If the USGA, fans, and viewers of televised golf tournaments are going to expect the golfer to call an infraction on them- selves, we need to view the infraction under normal, actual, and real-time conditions. The golfer is using their naked eye in real-time to observe the execution of their golf shot under tournament conditions.

In order to view a post-shot review of any possible infractions, which I don’t have a issue with, these post-shot reviews need to be done in real-time, under normal telecast viewing, and not in zoom, time-lapse photography. This is because this is exactly what you are expecting the golfer to do on the course, which is impossible.

To have a positive influence on others, while improving your golf swing and game, get your copy of The ESPY Golf Swing Coach from the following links: 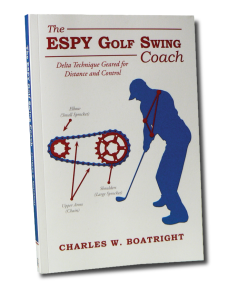 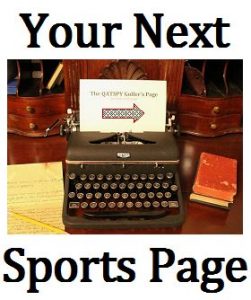