ESPY APP- Ergonomics for the Golfer to Prevent Back Issues

You only have to refer to Yogi Berra’s quote about hitting a home run in baseball. In his quote, my grandfather added the word technique- You don’t have to swing hard to hit a home run. If you got the timing and technique, it’ll go. 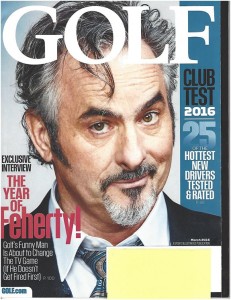 The 2015 March issue of Golf Magazine

In the March 2015 issue of Sports Illustrated Golf Magazine on page 38, Peter Kostis writes about the problems with the modern-day teaching and techniques. He started his article by stating- Over the last 20 years, I have witnessed the emergence of a troubling trend in swing analysis: an overabundance of reliance on numbers. Peter points out the focus on launch monitors, clubhead speed, attack angle, spin-rate, and ball speed.

Peter also mentioned- For 400 years or so, golf has been played with the left heel coming up on the backswing and the left knee setting up behind the ball…. All of a sudden around 30 years ago, the modern swing decided that was all wrong. He also mentioned in his article- Well, I’m here to tell you that this “modern” swing has caused more back problems than ever before.

In my book, The ESPY Golf Swing Coach, I include ergonomic techniques that I learned from my golf coach and took from the baseball-type swing. My golf coach, my grandfather H.E. Boatright, developed his coaching techniques in 1927 that he included in his red book. His techniques take into account the health and care of the lower back and apply them to the golf swing. I even mentioned in Section 1.11 of my book two techniques that Peter Kostis stated that are a part of the traditional golf swing of the “C” shape in the back and the left heel lifting off the ground. 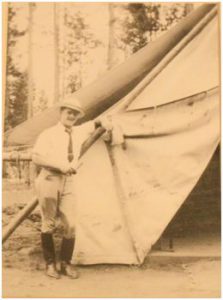 The ESPY APP has four natural power components in the ESPY Golf Swing. This includes syncing the elbows with the shoulders, presetting the golfer’s wrists, and lifting the golfer’s heel up to provide a lateral momentum. The last component in the ESPY APP allows the elbows and shoulders to behave as sprockets, like how a ten-speed bicycle functions. 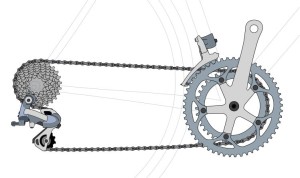 There are three main power components that the golfer needs to develop in their golf swing: Cantilever action, centrifugal force by sprocket mechanics, and lateral momentum by setting the left heel and releasing the right heel. If the golfer doesn’t sync and preset their wrists that completes 80 percent of the golfer’s swing in the ESPY APP, the golfer has to place this on the lower back, which can cause bulging, herniated, or ruptured discs in the lower back leading to nerve damage. The wrists are designed to supinate (Sync) and pronate (Preset) to allow the golfer to develop torque along their entire body during the Yaw  maneuver. The sync and preset maneuvers, set prior to the Yaw maneuver, place less torque in this one area, the lower back. The ESPY sets up the following components: 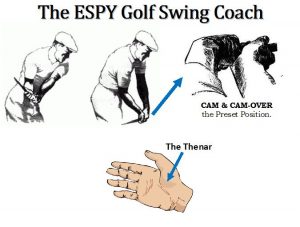 I receive a Tweet from a follower that commended about the preset in the ESPY APP that read- Preset your wrists and slice your golf ball into the woods. My reply- Agree if the golfer doesn’t properly SYNCH and then PRESET their wrists correctly shown above in The ESPY APP Preset Position.

To learn how to take advantage of the ESPY APP and a more traditional golf swing while avoiding the negative effects of the modern golf swing, purchase your copy of The ESPY Golf Swing Coach from the links below, or visit your local bookstore:

Please take advantage of my $28.25 925-MET Diet Program, where I lost 6 inches in my waist in 3- months with the CASPER Fitness Program, detailed in Section 20 of my book, the ESPY Golf Swing Coach that can be purchased from my Online Store: 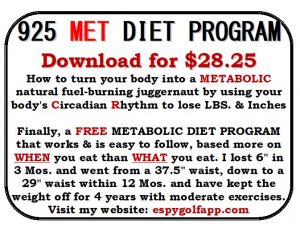 In this YouTube Video, I’m 61 years old. I have followed the CASPER Fitness Program since I was 15 years old. Due to my hip replacement, I swapped out jogging for bike riding, but all the other elements are the exactly the same, including working out with a 80-pound bunching bag. If you are a golfer, don’t exclude the bunching bag element from your workout routine, great for stamina. 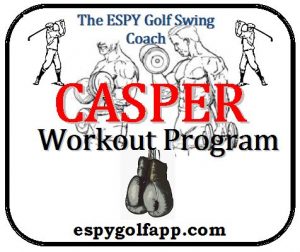 Please include an exercise routine in your weekly schedule.

Also, learning The ESPY Golf Swing Coach process is an excellent way to develop Rhythm without experiencing the Blues: